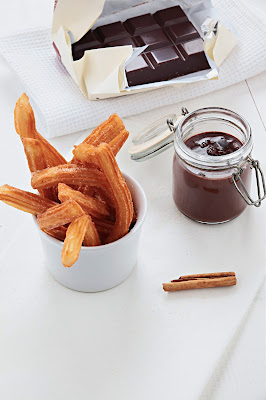 As if anyone needed another reason to eat chocolate, recently published research showed that dark chocolate and cocoa may help lower blood pressure, reduce the risk of stroke, and provide other cardiovascular benefits, multiple studies have shown. Good quality dark chocolate contains antioxidants called flavonoids, believed to improve the flexibility of blood vessels. Unfortunately, it only counts if eaten in moderation!

Once known as ‘the food of the gods' in Aztec culture, the story of chocolate really began with the discovery of the Americas when Columbus returned in triumph and laid before the Spanish throne a treasure trove of strange and wonderful things.


No one could ever have imagined how important chocolate and their bitter cocoa beans would become. By the 16th and 17th century’s, chocolate was the favoured drink in nearly all of Spain’s private houses. For most of that time, it was prepared by local monks in their cloisters and monastery kitchens. They overcame the strong, bitter taste by adding sugar and vanilla, making the drink much more palatable and it quickly became popular throughout the whole of Spain. Chocolate houses known as “Chocolaterias”, similar to cafés began to appear everywhere and even today, these “Chocolaterias”, where nothing but hot chocolate and pastries are served, still exist in most of Spain’s major cities.
In recent years, Spanish Pastry Chefs such as the internationally renowned Paco Torreblanca, Albert Adria and Oriol Balaguer have all been at the forefront of a movement challenging and pushing the boundaries of imaginative chocolate desserts to new heights, but if you want to sample something less taxing and simple: whip up a little delectable drink, fry off some home-made “churros” and start dunking.

There is a popular expression in Spanish that goes “se vende como churros” and it basically means that something is popular they sell like hot cakes. There is no doubting that churros are a part of Spain's social fabric, much like croissants in France and bagels in New York. And they are easily the country's most popular fairground snack, hangover cure, and New Year's Eve treat. It's been that way for centuries and this fried snack has become so universally adored that today it unites people of every walk of life. If you want to see a true cross section of Spanish society, spend a few hours in a “churrería”. There is one just around the corner from my restaurant in Palma and on festive day’s, it’s so good the queue stretches around the corner.
CHURROS CON CHOCOLATE

BROWNIE HEAVEN
A good brownie is coffee time nirvana. Unlike Black Forest Gâteau, chocolate sponge, or even Sachertorte, this is a confection of substance, relying not on icing or filling for its flavour, but chocolate through and through. The top needs to be shiny and crisp, as a contrast to the softness of the centre achieved by slightly undercooking the mixture. I also prefer to add nuts for texture.

Preheat the oven to 190°C
Prepare an 18cm square, deep tin by lining with nonstick baking paper.
Melt the chocolate & butter together in a bowl
Mix the eggs and sugar in a food processor. Slowly add the almonds, orange zest, baking powder, flour and cocoa.

Transfer mixture to the prepared tin, and bake for 30 minutes.
When cooked, leave to cool in the tin, before cutting into 12 bite-sized squares.