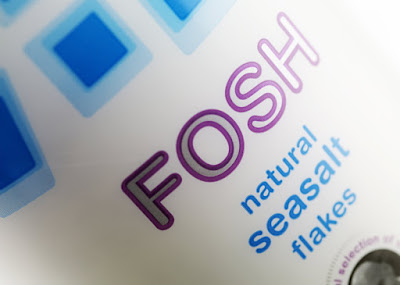 Walk into any food store these days and you can’t help but be amazed at the amazing array of weird and wonderful salts on offer. Be it grey, pink, white or blue, from rocks, deserts, tidal flats, mines or barely accessible mountain ranges in the Himalayas, common salt is diversifying, going up market and becoming chic once more.

One of the trendsetters in this new designer salt movement is a Mallorcan company called “Gusto Mundial Balearides”, formed by the very talented Katja Wöhr. They have been hand-harvesting Flor de Sal in the "Salinas de Levante" salt pans next to the beautiful beach of “Es Trenc”, since the beginning of 2003.

Flor de Sal (known as “Fleur de Sel” in France) is the very first layer of salt crystallizing on the surface of the salt marshes. It is achieved by a traditional extraction method originating from the French Atlantic coast. The salt obtained is 100% natural and it reaches your palate without having suffered any alteration

During the long summer months, on warm, dry and breezy late afternoons, Katja and her friends skim these delicious flakes from the surface of the salt flats with the aid of a special rake called a “lousse”. When harvested, the salt is pale pink in colour becoming whiter during the natural sun-drying process. This bloom of salt is the very best of all salts. It is off-white to soft pink, has a subtle taste of violets, crunches pleasantly between your teeth and dissolves slowly in the mouth leaving a very clean aftertaste with no bitterness.

When you discover how much effort is involved producing something we take for granted, you really begin to appreciate what the white stuff is worth.

Flor de sal crystals only form when the temperature is high and the humidity is low. It also needs a faint breeze. Too much of a breeze creates a wave effect on the salt marshes and no crust will form. The weather conditions have to be just perfect for the snow like crystals to form and flor de sal can only be harvested during the summer months.

Common salt has been used for centuries to preserve perishable food and was once one of the world's most precious commodities. Until about 100 years ago it was so valuable it served as currency and influenced trading around the world, the Egyptians even salted their mummies the stuff. Salt was being extracted on Majorca during the Phoenizier and Roman occupation but only until 1945 was the Salinas de Levante used for industrial salt extraction.

From a medical perspective salt aside from water is the most necessary element for the human organism. Yet for all its past importance, perhaps because we now use it every single time we cook, reaching instinctively to sprinkle it into vegetable and pasta water, seasoning meat and fish with it, and eating lots without even realising it in convenience food, we take salt completely for granted and considering what a vital part it plays in our cooking, it's surprising that we don't give much thought to the type of salt we use.

Natural salt consists of 84 different minerals and trace elements, which all naturally occur in the human body. However, following the European Union food regulation, 82 of the 84 elements are lost from the salt when refining it to common table salt. Therefore common table salt consists of almost 100% sodium chlorine, and from a medical standpoint it is pure cellular poison and unhealthy for our bodies.

However, Natural salts, such as Flor de Sal, have a neutralizing, compensatory effect on the bodies’ cells and therefore stabilize our systems. 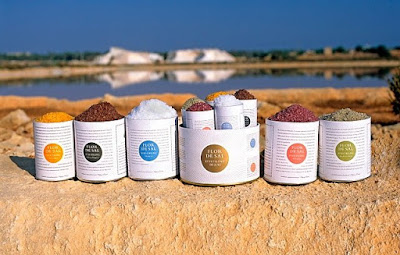 A few years ago I teamed up with “Gusto Mundial Balearides” to create a range of flavoured salts that can also add a different edge to your cooking and you can now find Flor de Sal D’es Trenc in different flavour combinations including black Olives, Mediterranean Herbs, Hibiscus, orange-chili and a Sri Lanka curry mix.

Superlative salt has a great capacity to accentuate flavours and Flor de Sal has a wonderfully pure, clean salty taste. One of its main health benefits is that you can actually use less salt in your cooking to achieve the same taste. It is the perfect replacement for common table salt and enhances your meal with a singular stimulation of the palate. Once you’ve tried it, there’s no going back to common old table salt, and you’ll realise that fad or no fad, designer salts are here to stay.