THE KING OF SPICES

Pepper is a condiment that has been salt's partner on Western tables for hundreds of years. It adds a flavour of its own to dishes, as well as enhancing the taste of other ingredients. 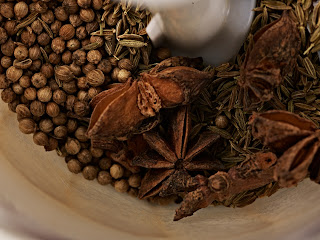 The use of peppercorns is so common these days; it’s hard to believe it was once so valuable that it was used as currency. Sailors on the first ships to carry them were required to have their pockets sewn closed to prevent them from squirreling away any of the precious cargo. We may well take it for granted today, but the vast majority of savoury dishes include peppercorns in some form and they are ranked as the third most added ingredient to recipes, with water and salt leading the race.


A spice indigenous to southern India, it stimulates the appetite and gives food a gentle warmth. There are also many types of peppercorns from black, white, green to pink. Black, white and green peppercorns are all products of the same plant but each is harvested and handled differently. Black peppercorns are actually berries that are picked when they're just turning red. They are then dried whole before being sold. The finest black peppercorns are said to be Tellicherry from India because they are larger and the most flavourful.
White pepper is also derived from the fully ripened berries that are just about to turn red but after harvest, the clusters are packed in bags and soaked in water for more than a week. This softens the outer coating so that it may be removed and then they are spread out to dry in the sun where they become naturally bleached to white. Sarawak white peppercorns from Malaysia are said to be the finest due to careful handling and processing. A close second are the Indonisian Muntok type.

Green peppercorns are harvested when the berry is immature and then packed in brine. They offer a fresher flavour and less pungency than black or white pepper. Dried green peppercorns are also available alone or combined in four-pepper mixtures.
Pink peppercorns are technically not really peppercorns at all - they come from a different plant - but don’t let that stop you adding a rosy hue and peppery touch to your supper. They have a delicate pepper flavour; just crush them in a pestle and mortar to get that peppery aroma going. Use them combined with white, black or green peppercorns as a seasoning for steak or fish, mixed into a salad dressing or even added to minced meat as a filling for burgers.

Freshly ground peppercorns have much more flavour than ready-ground pepper, so buy fresh whole peppercorns and invest in a pepper grinder or a pestle and mortar.  Try grinding fresh black pepper over a bowl of strawberries and see how it enhances the flavour of the fruit, releasing a very subtle pepper flavour. Lightly crushed or cracked peppercorns can be used to spice up creamy sauces or to coat fillet steaks or chicken breasts. The light crushing releases the fragrant spiciness; using ground pepper in this way would just release too much heat.
I love the aroma and flavour of Sichuan peppercorns; although it is not actually a pepper at all, rather the dried red-brown berries of a type of ash tree that have a lemony, peppery aroma. Sichuan pepper has the characteristic ‘mouth-numbing’ quality typical of many dishes from the Sichuan province of China. It is also one of the spices used in Chinese five-spice powder.

Buy peppercorns whole and in small amounts and store them in the same way as other spices. Whole peppercorns keep for longer than ground pepper and the taste and aroma will always be better.