The secret of Umami: Unlocking the fifth taste. 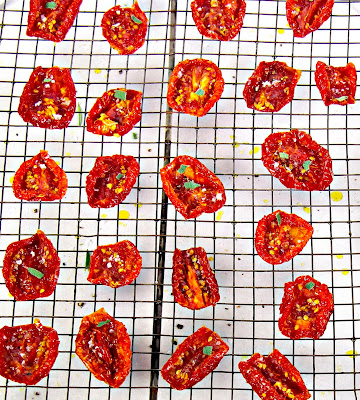 This week I received a little present from the Michelin starred chef, Ricard Camarena. Apparently he has spent the last few years developing a new product called “Letern” and he very kindly sent a nicely packaged bottle to all the Michelin starred chefs in Spain. Ricard Camarena has been using this anchovy essence for the last six years as a taste enhancer and as a substitute for salt in his stocks and broths, whether they contain fish, meat or vegetables. “Anchovy brine is my salt”, he states, “It’s the umami of the sea and has everything the sea contains: salt, iodine, oxide and the salting of fish over time”. I must admit that I liked it a lot and it has inspired me to make my own mix.

So what is umami and why are chefs obsessing over it?


Basically umami is the enigmatic fifth taste, a rich, meaty flavour and a catalyst that unlocks and defines the deliciousness in certain savoury foods. About 3,000 years ago, Greek philosophers came up with the concept of our four elemental tastes: sweet, salty, sour and bitter. Their theory remained intact right up until the early 20th century, when a scientist in Japan discovered a fifth taste: umami. But unlike the traditional four tastes, umami it seems, is a bit more complicated. In Japan, people have for years used dashi, an umami-rich stock made from kombu (seaweed), to illicit the best flavour from food. The concept of umami has been recognised in the East for a long time, but only over the past decade or so has umami started to play an increasingly important role in the West. Now obsessive chefs believe that if you can find the perfect balance of the five basic tastes: sweet, salt, bitter, sour and umami, you’ll have some sort of culinary utopia!

Thankfully for those who don’t want to douse all their food in soy sauce, fish sauce and glutamate there are some naturally occurring umami rich foods such as sardines, mackerel, oysters, mushrooms, truffles, soy beans, potatoes and tomatoes out there.

Tomatoes actually take on an intense umami flavour when they are dried and there are a number of reasons why the flavour of tomatoes changes during both the cooking and drying processes.
The first is that the tomatoes are sprinkled with fairly high levels of salt to help to remove moisture. During the drying or cooking process this causes all of the flavour molecules to become more concentrated. The resulting flavour is more intense and without getting too technical, the glutamic acid breaks down over the course of the drying process - due to the evaporation of water and introduction of salt - and changes into different aroma molecules. That’s why a basic tomato sauce or ketchup has lots of umami, but when you dry tomatoes, they have considerably more and they can also flavour so many dishes. Now is the perfect time to try your own sun- dried tomatoes and unlock all that hidden umami!

*Pesto rosso is a variation on traditional green pesto. The addition of sundried tomatoes gives it a distinctive, milder flavor. Try it with pasta, smeared on bruschetta or brush it on a chicken before roasting.

Place all the ingredients except the oil into the container of a food processor; blend and gradually add the oil with the processor running on high speed.
Store the pesto in a tightly closed jar in the fridge.