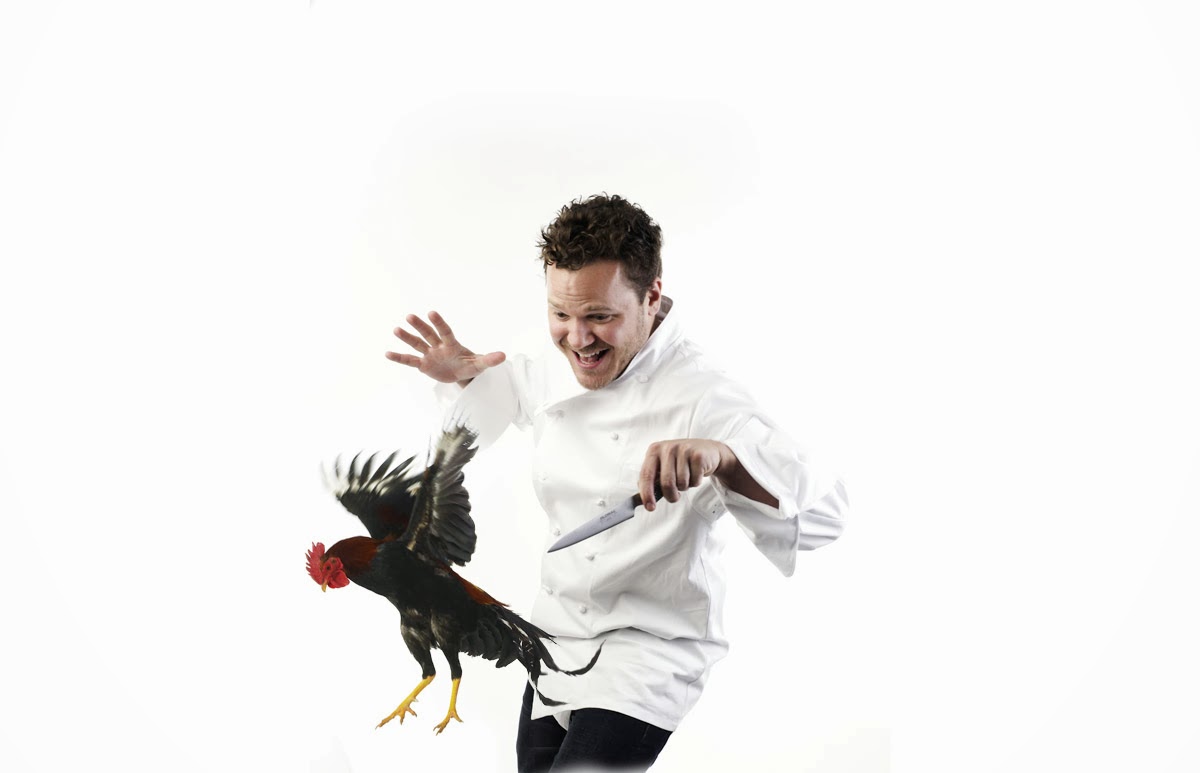 I am reading two books at the moment with two very different views on the organic food debate. One is extolling the virtues of choosing organic because it is produced in non-intensive ways that avoid synthetic pesticides and fertilizers, arguing that is prohibits routine antibiotics and growth-promoting drugs and safeguards and nurtures our most precious asset - the soil. I can buy into that and believe every word. Then I read from the other book that claims that the multi-billion euro organic food market is, for the most part, a gigantic con, and its willing victims are the affluent middle classes who see it as just a trendy lifestyle choice.

I must admit that Jay Rayner’s “A greedy man in a Hungry World (why almost everything you thought you knew about food is wrong)” makes me think about these issues in a very different way and his argument that “organic” has become little more than a marketing label for the neurotic rich is a very compelling one.

He states that there are three clear reasons for buying organic. The first is a laudable concern for the environment but although an organic apple may have been grown on a happy pesticide-free tree, what of the aviation fuel used to fly that organic apple to Europe, if it happens to have been grown in New Zealand as many are? Our supermarkets are heavy with organic bananas from the Dominican Republic and organic mangoes from Brazil, sweet potatoes from the US and pears from Italy. How do you think they all got there? On foot? Then there is the packaging. Organic crisps are sold in non-organic plastic packets etc, etc.
Jay Rayner argues that when people talk about food miles and carbon footprint it is about far more than just how close you are to where your food was produced. It’s about carbon inputs all the way down the production system. It’s about water usage, land maintenance and the careful application of science. The second reason is the perceived benefit to our health. Again it's a myth he claims, as the Food Standards Agency found in a recent report declaring that there was no evidence such products were either safer or nutritionally advantageous. The third and most convincing reason for going organic is the quality of the produce and in Jay’s book he argues a lot of what's out there is plain lousy claiming that he has yet to find a top-flight restaurant chef who will admit to using 100% only organic ingredients. “They know organic is not always best,” he states.

I must admit that I am more confused than ever on the organic farming debate and I am certainly not arguing that organic can never be better. Because of my obsession with food I will spend money on good quality raw ingredients, because I can afford to do so. I find certain factory farming methods - of chickens, for example - abhorrent. Give me a free-range chicken anytime.
But I do understand that free-range, organic chickens won’t feed the worlds growing population. Whenever I have found local, organic suppliers…most of them can’t even cope with the demand from our restaurants alone.

There will be nine billion people to feed by 2050 and we need to produce food on a big scale if we’re going to be able to feed them. In the 1970s, Chinese people ate about ten kgs of meat a year each. By 2010 that had more than quadrupled, to 45 kgs per person and it is going to keep on growing. The same is true of other developing and economically booming countries, such as Brazil and India.

In Europe we are only about 56 per cent self-sufficient in the foods we eat: almost half of what we eat is imported. But there is going to be more and more competition for that imported food. So unless we pay more for our food, we’re going to find that producers sell to China and India and Brazil instead of us.
According to the United Nations, by 2030 we will need to be producing 50 per cent more food, and a system built around that holy trinity of local, seasonal and organic simply won’t cut it. Jay Rayner might not be popular for saying that we need large-scale food production, but it is the only way. The key is to make sure that it is sustainable. So is the organic boom just a massive marketing ploy for the upper-middle classes and should we be prepared to pay a premium for such foods? What do you think?
fosh Mallorca Marc Fosh Mediterranean Mediterranean Food Modern Mediterranean organic food slow food Spanish food