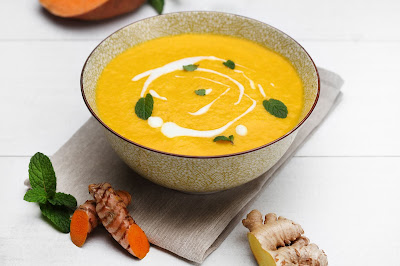 Who doesn't start the New Year pledging to begin a new healthier lifestyle? I do it every year. This year I’ll undoubtedly promise myself again that I will join a gym, eat more vegetables and salads, lose a little weight and try to go jogging at least 3 or 4 times a week and…undoubtedly it won’t happen!

Annually we all make New Year resolutions in an attempt to start afresh and turn over a healthy new leaf and not surprisingly eating a healthier diet and losing weight generally tops the list of most people. But here's the cold, hard truth about New Year's resolutions: They don't work.
While we believe these resolutions will make us better people once the calendar flips from December to January, the truth is that most of them are forgotten after a week or two. Miss a day at the gym, or skip a 1,000-word daily quota on that novel you
always wanted to write, or order a third drink at the bar when you told yourself that this year, two would be your limit ... and it's all over. Any Grand Designs you had for the upcoming year to create a new you are firmly in the trash, and you are a failure. But it doesn't have to be that way. The problem with any sweeping, grand resolution is the built-in pressure that comes with it. No one chooses something simple like; "I'm going to have a salad twice a week."

Instead, they're huge, life-changing statements like "I'm never going to eat meat again or drink again." No wonder so many of us fail. The trick, then, is to have workable goals you can actually accomplish.

With that in mind, here are a few high-impact, low-pressure food-based resolutions you can try this year.

1. The first and most important resolution should be to see the value of cooking. I often hear people tell me that they don’t have much time for cooking at home and I simply see it has a lifestyle choice. Those same people might then spend hours on facebook or watching some insanely stupid reality TV show. Taking a little time in the kitchen and cooking from raw ingredients gives you infinitely more control of what you eat than if you rely on convenience foods. The more food you eat that isn’t homemade, the poorer your diet is likely to be both in terms of nutrition, and the quality and provenance of the ingredients used.

2. The second resolution should be to eat more seasonal and local foods in your meals. It makes sense to favour food produced closer to home. Of course, just because a food is locally produced doesn’t always mean its good. A local chicken can be battery farmed and the local baker might be buying in par baked frozen bread so it is sometimes difficult to find produce that has been humanely and ethically produced locally. Here in Mallorca many local foods are also often more expensive than imported ingredients but it is worth bearing in mind that the money you spend on local food will support and encourage our producers, which strengthens our communities and the local economy. It also can substantially reduce your carbon “footprint” because obviously the shorter the distance that food travels, the less energy is used.

3. Finally, learn to enjoy the pleasures of the table and don’t rush. Satisfying your appetite is not just about what you eat, but also about how you eat. Sometimes with the pace and pressures of modern life, we tend to overlook this. The act of eating is about much more than simply filling your stomach. Over thousands of years in all cultures, a certain ceremony and ritual has existed around the act of eating and this is no accident. Sitting around a table and relaxing with our food has the capacity to make us feel nurtured, to nourish us emotionally and to promote a sense of wellbeing and contentment. So this year, experiment with your cooking and try a few ingredients you’ve never used before. Treat yourself to a new cookbook (hopefully mine), or rediscover one you already have. And whether you make all these resolutions, or just pick one or two, Happy cooking and have a very tasty culinary New Year.
Sweet potato, ginger & turmeric soup
Prep time: 20 mins
Cooking time: 30 mins

Heat the butter in a large saucepan over low heat, add the red onion, ginger and garlic and cook for 2-3 minutes, until softened but not coloured.  Add the turmeric, sweet potatoes and vegetable stock, and then bring to the boil. Turn the heat down and simmer for 20 minutes. Add the coconut milk, limejuice and then blend to a smooth puree. Season to taste; pass through a fine sieve and then ladle into soup bowls. Garnish with fresh mint leaves and a little coconut milk. Serve immediately.